When writing the last post which covered extensive plans for redeveloping a large swath of Woolwich town centre around Spray Street and the indoor market, it occurred to me once again just how much vacant land exists next to this site with an undeveloped collection of sites located around the DLR station.

The render above, taken from Spray Street consultation documents, has a tower above the DLR station box. There have long been plans for a tallish building here from developers Oakmayne. The first ever post on this blog covered it in 2011. The plans for a hotel and housing can be seen above.

The DLR first opened at Woolwich around 6 years ago. A large expanse of land was used whilst construction was undertaken, which still lays empty along with the station site. The deal with Oakmayne to develop these sites was signed before opening.

Six years on and still nothing looks like happening. This lack of action that requires change in the law. The current hope that the big private developers will provide what is needed has proven to be wrong time and time again. The developer chosen as lead bidder at Spray Street is St Modwen, who have their own track record of sitting on existing plots and not building. They held up Elephant & Castle plans when owners of the shopping centre. Over at the Greenwich Peninsula, Lend Lease sat on land for 15 years and barely built a thing until selling to Knight Dragon.

Below is an aerial view of Woolwich. The DLR sites in blue. This is a prime site with excellent transport links. With the desperate shortage of housing in London, sites like this laying undeveloped for so many years is a scandal.

In many developed nations it is common for transport bodies to build housing or commercial space above and around stations. This helps fund the cost of construction and provides ongoing revenue through leasing commercial space. In the UK, where the market is king and public bodies anathema to governments of all colours, this has been prevented for many years. Instead land is sold to developers, who often landbank, sit on it and do nothing, with little in the way of penalties. This has to change. 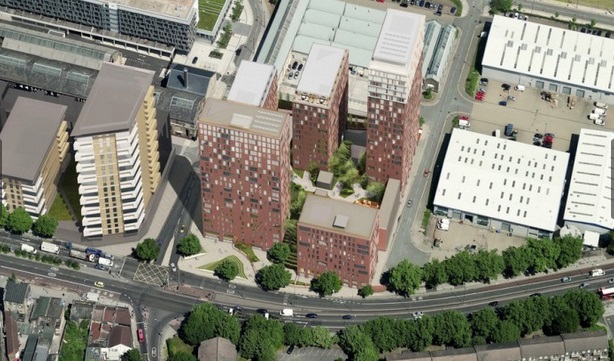 There have been some slow moves towards allowing public bodies, like TfL and Network Rail, to utilise their sites more directly. The eastern end of Woolwich Crossrail station has seen Crossrail submit plans for development, under the name Armourer’s court.

Crossrail will market the site to potential development partners and aims to commence construction once the station has been completed in 2018. But why cannot it not borrow to construct itself as is common in most other developed nations? It is reliant on the big players, and there’s more than enough history of them not building what is required, when it is required. Even when they do build, it is mostly at a slow rate, as this brilliant article from Estates Gazette shows.

Much needed transport extensions like London Overground crossing the Thames from Barking to Abbey Wood Crossrail station, via a stop in Thamesmead, would be far more affordable if TfL and Network Rail could build above and around an extension. Instead it would sell off the land to large private developers to extract large profits, which they frequently do by sitting on the land and not building and hoping values increase, until finally selling off years later.

One other point to make is that Armourer’s Court sits above the eastern end of the Woolwich Crossrail station box, yet no station entrance is being planned here. Given the torturous struggle to get Woolwich Crossrail station approved, it is understandable that an eastern entrance was not pushed. Now the station is well under way though, it may be time to re-assess. An emergency exit is all that is now planned, but with substantial income coming from the over-station development it makes sense to build an eastern entrance. This would negate even further the need for demolishing the Officers’ House/Building 11 by the station’s western entrance, as passenger flow would be distributed more evenly. Plus, you could put that (unneeded?) taxi waiting area there. Though as noted, a taxi area could still be positioned by the western entrance/exit with the Officers’ House/Building 11’s retention.

Given the station box is a very long 250 metres, this would help lessen the walk for people coming from Plumstead and west Thamesmead. In addition, for someone heading to Plumstead at the head of a train arriving from London it would save having to walk 250m west along the platform, ascend to street level then walk 250m east to reach the same point when arriving.

The render above of Armourer’s Court shows just how close the site is to ‘Spray Street Quarter’. Money received from selling the indoor market site could help fund an eastern entrance to the station, along with other money gained through Section 106 payments and/or the Community Infrastructure Levy which is introduced in 2015.

By the way, the Woolwich Arsenal DLR branch will see off-peak frequency rise to one train every 5 minutes off-peak until 11:30pm under plans from the new operators. KeolisAmey recently won the contract to operate it until 2021 in place of Serco, who have run it since 1987.

This is great news but wont help Southeastern’s passenger numbers from Woolwich Arsenal, which was the only station on the line to show usage decreases last year. No word on peak time improvements, which may be more difficult with higher frequencies on other DLR branches. If that is the case then it will make little difference in alleviating southeastern service cuts on the Greenwich line from January, as these will be at peak times, with 5:30-6:30pm the worst hit time heading out of central London, with a third less trains and at least 20% less passenger capacity. 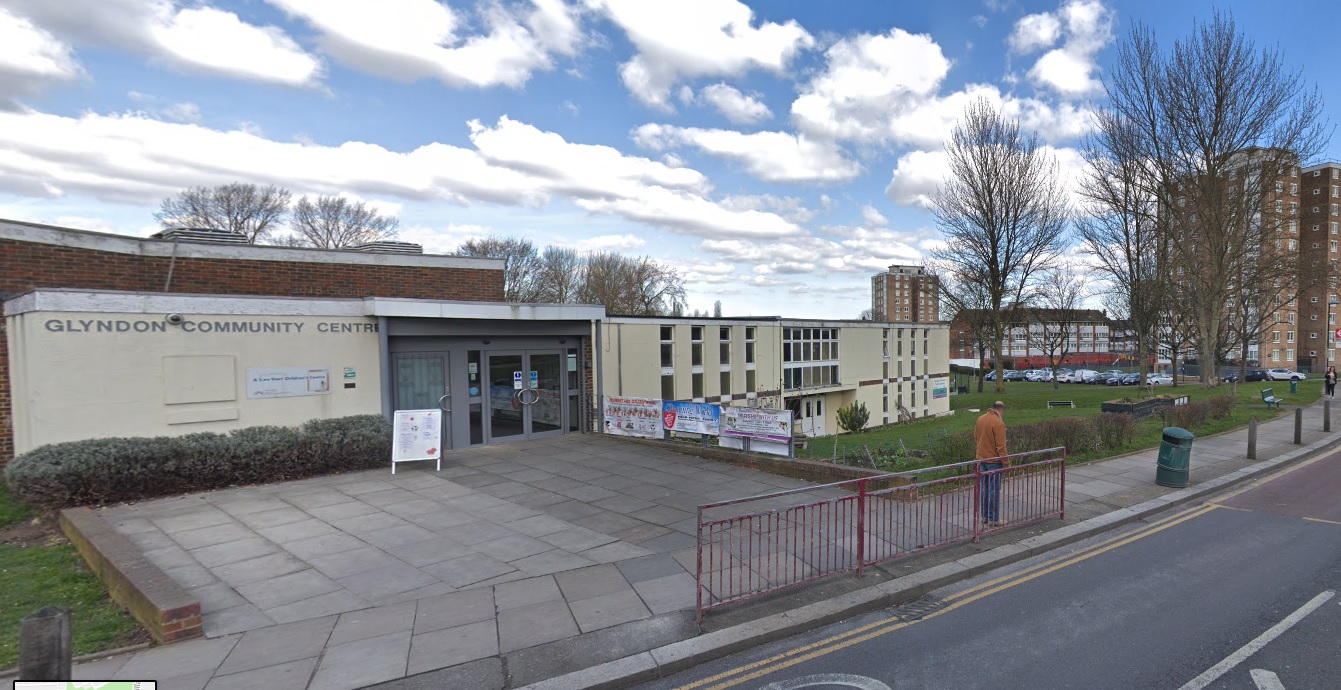 10 thoughts on “Building above DLR sites in Woolwich?”