Posted by fromthemurkydepths on December 12, 2014 20 Comments 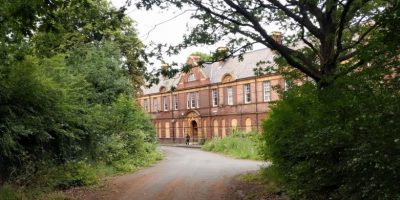 Greenwich Council are to sell Woolwich’s indoor market as part of a wider plan to redevelop the area around Spray Street. Housing Association Notting Hill Housing Group and developer St Modwen have been appointed as preferred bidders of the market and ‘Spray Street Quarter’ site, with Barratt Homes and Wilson Bowden named as reserve developers.

The consultation into the entire redevelopment can be seen here. It’s a hefty 80mb but well worth a read to see the wider plans. Comments can be made until 19th December through the link.

Having had a read through I find very little to disagree with. Many of the existing buildings have little merit and are in a poor state. Most are only one or two storeys tall, which is an extremely inefficient use of land in such a prime town centre site close to major transport nodes. By 2018 it will be five minutes walk to Southeastern trains, DLR, Crossrail and river services. With the huge housing shortages and population growth these sites need far greater density.

Poor use of land

The exception to the generally poor state of buildings on the site can be seen along Woolwich New Road. Excluding the newer building on the corner with Plumstead Road, these are all of some worth. Most are also reasonably tall. I was worried when seeing the render, shown at the top of the page, that these were for the chop. Reading through however and and the document recognises their value. Of course, as we’ve seen with Building 11 nearby at Woolwich Arsenal, that doesn’t mean proposals won’t come along to demolish in time, and many of the illustrative visuals do not include them.

The plans under consultation envisage a new indoor market site with the entrance possibly moving to face Woolwich New Road and the existing outdoor market. The current roof may be retained. Passing through this re-positioned market would lead to a central street running through the site, as the image to the left shows. This central street would have significant retail offerings with residential above. This is exactly what Woolwich needs.

To accommodate this some buildings would need to be demolished on Woolwich New  Road. As noted, the corner building is a pretty dull recent affair, and it intrudes into the street line so no great loss there.

How much will be retained?

This parade is in a pretty messy state right now. Hardly any shop fronts are attractive. It’s a visual mess of ugly and cheap plastic signs, rubbish awnings, peeling paint, and low quality windows. The owners of these buildings and shops generally don’t seem to give a damn. With such a varied and potentially attractive row why has Greenwich council not enforced rules to prevent this mess and have exteriors befitting the buildings? This is not difficult to do under heritage zone rules.

Tall buildings are shown at the north east corner of the masterplan. Considering the tall buildings opposite as part of Berkeley and Crossrail development, and the wide road between, this level of height and density is appropriate.

In front of Berkeley’s towers, there is wide paving and a row of retail lining the street, now well under construction with occupation beginning in 2015. One reason to demolish Building 11, behind this row, is the assumption that a very large number of people heading east from the station need to pass through where the building sits. However, they could do that anyway with the buildings retention, but many heading east towards Plumstead will travel via the main road and not the route behind. With wide paving, lighting, shops and attractive public realm this route will be popular, and it is another reason given to demolish Building 11 that doesn’t seem to stack up.

There is also mention in documents about the width of the road. I don’t really see the big deal – many major commercial streets across Europe, Australia and American cities have wide avenues that are thriving either side, with commercial uses such as shops, theatres, cinemas (mentioned in this consultation) and even markets just off them. Can’t say it ever bothered me nor affected the success of those streets.

What can be done is removal of the central reservation which is very wide and such wide space between the roads is more suited to motorways. The space gained can be used for segregated cycle lanes. The crossing to the east of the site, which is currently ugly and forces pedestrians into cages when crossing, can be made far easier and less obstructive.

It goes without saying that existing businesses will need support throughout this process. Woolwich has a number of vacant commercial premises that can be used to rehouse the businesses. But overall the plans seem like great news and will provide Woolwich with a big boost.